Day at the park…

We rounded up a group of girls today to hit up the splash park close to our house. It sounded like a good idea at 9 a.m. when it was beautiful outside, but it didn’t sound like a great idea at 2:30 because we get these dark threatening afternoon clouds. So sure enough we show up at the park at 3 p.m. and in less than 3 minutes it was already sprinkling. We figured, what does it hurt if we get a little wet, right? Besides we all had our swim suits on! Luckily thats all it was, a little sprinkle. The kids had a ball! Hallie’s personal favorite was playing in the pool, then running over to the park and rolling around in the sand. Needless to say, I’m sure I’ll be finding sand in crevices for days!! Here are some pics from the afternoon. (The cute little boy you see is Hallie’s little boyfriend, one minute they love each other, the next they’re pulling at one another’s hair. From the looks of it, she’s got marriage down!!) 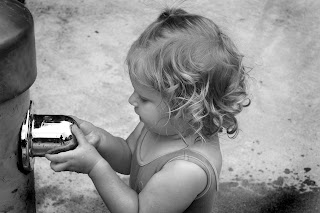 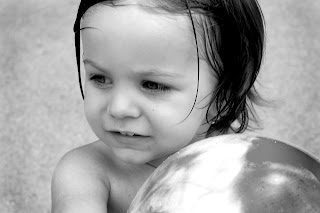 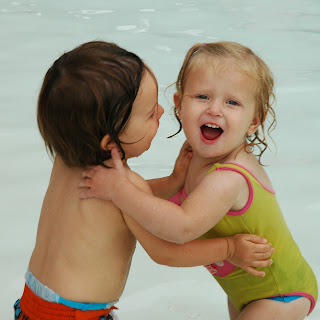 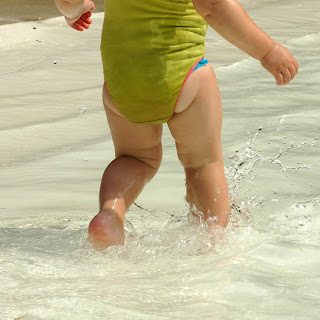 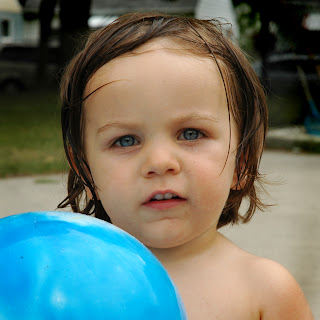 Conversation of the day: (and no, the anonymous person isn’t me!)
Park Official: You can’t have food on the deck
Anonymous: The deck?
Park Official: The deck. You must eat outside the fenced area.
Anonymous: (Annoyed look, realizing the fenced area isn’t so close) That’s Lame!
Park Official: (Confused at the previous comment just stares then walks away)
Anonymous: Whatever! (grabbing the bag of grapes until the park official is out of sight and then hands back to her kids!)