Chicago with the Scot and Amy…

We had some friends, Amy and Scot Gregory, come to visit us from Arizona. They left there son in Arizona, and we left Hallie in Milwaukee so we could really enjoy some uninterrupted time in Chicago. Steve and I have been to Chicago a number of times, but nothing compares to a great time without worrying your daughter will drop the coveted blanket in the street as you’re crossing a busy intersection, or having to worry about nap time, or snack time, or diaper time. It’s amazing the feeling of freedom a person can feel just through a day on the town! What was so fun was the fact that Amy and Scot had already been there two days and spent some time doing what they wanted to do. So really we were able to take our time walking around Millenium Park, Navy Pier, and shopping the Magnificent Mile! Steve and Scot spent some time miniature golfing on the pier and they hit up a White Sox game as well. Amy and I walked around and just enjoyed our time together without children to worry about which for me was quite the treat. 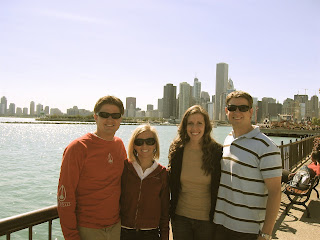 Hanging out on the Pier 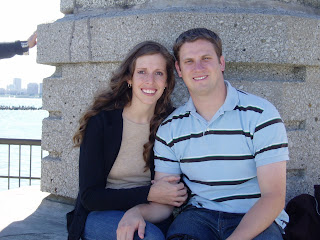 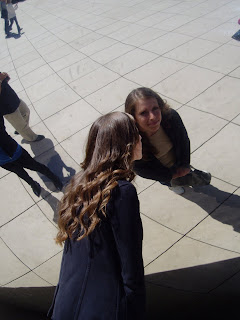 The “Mirror Bean” in Millenium Park, this thing is just huge. 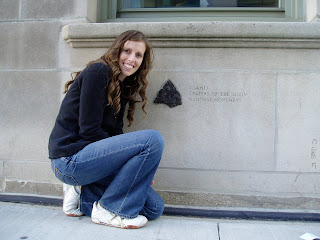 (Chicago Sun-Times building which has a number of different fragments or bricks from notable areas inlayed throughout the base, this is from the Craters of the Moon from Idaho. Right next to it was stone from the original tabernacle in Salt Lake. Some more prominent fragments (not that Craters of the Moon isn’t super cool, but I’m guessing not a whole lot of people are aware of it) include Taj Mahal (India), Parthenon (Athens), Bunker Hill (Boston), Colosseum (Rome) Great Wall of China, Berlin Wall, the list could go on and on, but my guess is you probably don’t care!)

We had such a great time, and we’re so grateful for amazing friends near and far. We were able to see quite a few friends in the last couple months; the SSZS gathering for Whitney’s wedding in Arizona, Sam & Gina in D.C., Jeni & James in D.C., Roger & Mandy came from Utah, Jared from Arizona and lastly Scot & Amy from Arizona. Thanks guys for making the effort to come and see us, or host us in your home! We have enjoyed every minute! Love you-