As I mentioned before, the Incredible’s Suits were retired after the ward party on Friday. Although Hallie looked “Dashing” in her Incredibles suit, it just wasn’t the same if you didn’t have Momma and Papa Incredible to complete the set. So…Hallie wore her original costume for Trick-or-Treating tonight. The funny thing about Milwaukee is they assign the time you will be trick-or-treating. What’s odd is the fact that it’s never on Halloween…instead it’s the Sunday before Halloween 1-4 p.m. What fun is that?? How can you possibly go trick-or-treating in the middle of the day. There’s no jack-o-lanterns lit up. No cars following their kids with the headlights shining on them. No kidnapping kids, or poisoning them with the candy they hand out…they really take the fun out of it. So, we head over to Steve’s brothers house, whose neighborhood decided on their own they will celebrate Halloween the night of. (So as to have all the kidnapping and poisoning they can handle!) Hallie sported a lovely creamy white plush bunny jumpsuit, complete with paws that cover the hands and ears that for the most part stood up the whole night, and not to mention the Easter basket to top it off. We’ve been practicing the whole “trick-or-treating” phrase, and she was just a show off tonight. In fact the first house we went to besides Bob and Gins was an older lady who thought she was the cutest thing, and gave her (more or less Steve and myself) two king size candy bars…who does that! We hit the jackpot on that one. After that, Hallie went on auto pilot. She’d knock the door, say Trick-or-Treat, flash her cutesy smile, candy would come pouring into her bucket, she’d kindly say thank you, and we’d be off. Five houses into it we were walking on the street and she says, “I’m cold”. So we attempt to put her little paws over her hands to help out a bit. But she absolutely refuses to let go of her coveted basket. So instead she has frostbite fingers, but she’s still holding her basket. She thought getting all this candy was the coolest thing, she could probably have gone on for an hour or two, but Steve and I were done. Besides, how much candy does a two year old need? We stopped by another family we know in the same subdivision and stayed for a while before we walked back to Bob’s house. In that short amount of time she managed to eat half her basket of candy…probably not the best idea, but I figure it’s only Halloween once a year right! We got back to Bob’s where her cousin Cameron went through his loot and gave her a ton more. She’ll be bouncing off the walls for days! 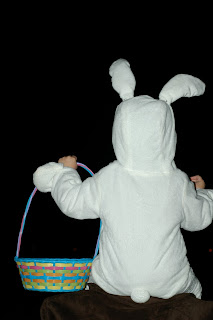 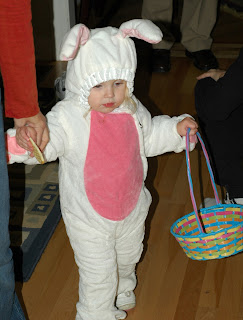 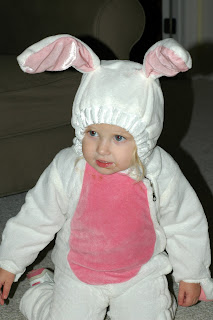 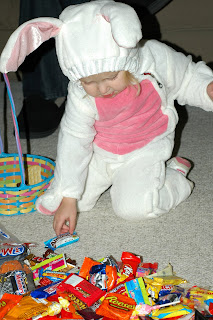 *Note- this is Cameron’s candy…Hallie did not come away with the much candy, but he was very kind to share all that Hallie wanted to put in her basket!