We hit up Amazing Jakes while we were in Denver. It’s basically a glorified Chuck E. Cheese, and really quite fun. They had an all you can eat buffet with quite a few options, definitely more food than necessary (which of course is the American way!) We got our fill of food, Hallie had a hay day with the ice cream and then we headed over to the game room for a little friendly competition. 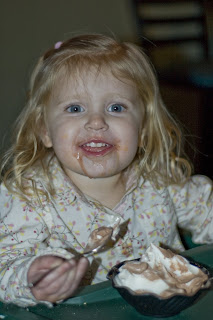 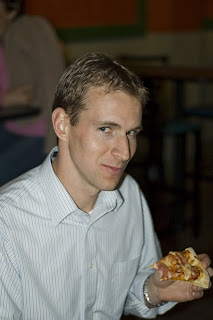 My brother Nathan…he’s very animated, I love it. 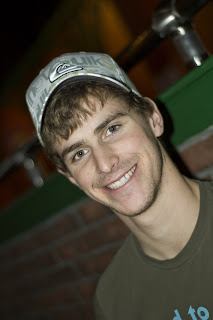 I got worked in air hockey, which stinks because that’s usually one of my strong points, I could tell I was going to have an off night. I was decent at the basketball hoops, but Steve I think got the best of all of us. The best part…the tickets. You know what I’m talking about: The carnival looking tickets which at the end you go to the “store” and buy goods with your loot. Like I said before, Steve was a stallion at the hoops so we had a decent amount of tickets to buy things with. It was a toss up on what to get, there was the bouncy ball that looked like an eight ball, the fun dip (what two year old wouldn’t just love a fun dip), or the little army dude with the parachute, the kind you use once and then the parachute rips to shred from the large resistance of dropping it off the edge of a chair. Really quality products as you can see. As I pondered what Hallie would want the most, and would make the least mess I came across this princess crown, we had just enough tickets. We bought it knowing within two hours it would be gone, and we were okay with that. My sister also wracked up a large sum of tickets and she thought it would be fun if Hallie’s cousin Kinlie had a matching crown. There you have it. I have to say it’s been two weeks and yes Hallie still has her crown and she loves to wear it. I can already see the monster we’re creating! 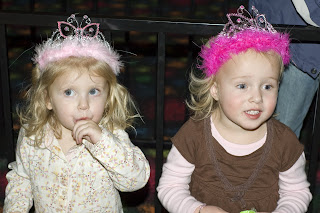 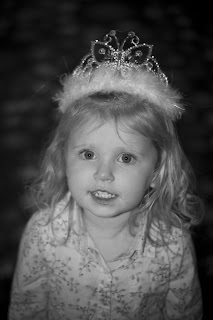