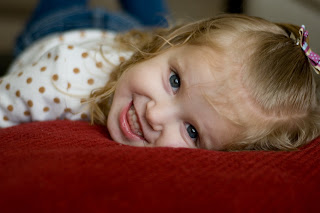 Hallie has been battling an ear infection lately, which has been a somewhat miserable experience for the whole household in general. More than anything I just want her to sleep again. I’m not sure how she’s functioning on such little sleep and then skipping naps, I know it’s taking its toll on me! My productivity level has greatly decreased this week due to no nap time. I’m just praying this isn’t the beginning of the end for naps. Along with lack of sleep, I think somehow her balance/equilibrium has been affected by this ear infection. I’m not kidding, this girl has been falling all over the place and having some serious injuries. Just the other day we were in the office, I asked her to go get something for me, so she turns around and starts walking out and she catches the corner of the desk, causing the large mark running down her face in the pictures. So of course I take some pictures, that’s what good moms do, and moments later she was trying to get into my purse, so I put it on top of the entertainment center. Thinking she’s pretty smart, she walks over to the TV to grab my purse and she completely gouges her lip with the corner of the stand. Of course causing blood to rush from her mouth, on her shirt and carpet. I didn’t have the heart on this one to grab the camera. Two hours later she was shutting the bathroom door, and I’m not sure how it happened, but it came back and caught her in the back of the head. I couldn’t believe it! This poor child should not have got out of bed this morning, clearly. And those are just the falls that left battle wounds, I’m not sure how many times she came walking around the corner and just didn’t see the wall in front of her as she slammed into it…multiple times. The thought crossed my mind to wrap her in bubble wrap, then I thought of the possible ramifications of suffocation and opted for my better judgment. I’m happy to report that after 12 days of sickness with that child, I think we have it under control. 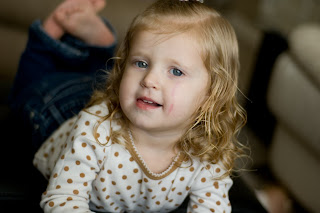 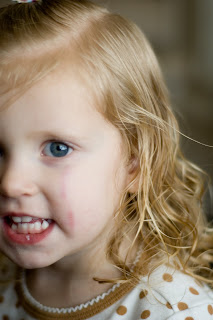 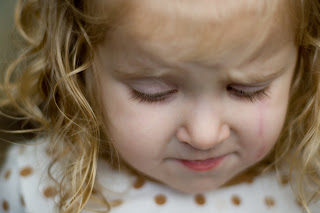