Best of Friends…Worst of Enemies….

We stayed with my brother and his wife as well as their two children. Kyler is 5 years old and just a riot, he has this imagination that never stops, he’s very entertaining to listen to. His younger sister, Kinlie, is just four months older than Hallie. I know two year olds have a hard time sharing…I understand this. But these two fought like no other. It didn’t matter what it was about, they just liked to push one another’s buttons. As if a whole house full of toys isn’t enough, they want the same toy (which probably came from a happy meal) at the same exact time. They were classic for fighting over the vacuum. Never fail, as soon as one of them had it, the other was running over to rip it out of their hands. Hallie experienced more timeouts this trip than probably all of her two years combined. It wasn’t the fighting over the toys that was bad, it was the retaliation after one took the toy. Towards the end I was just ready to have them fight it out…last one standing gets to play with the vacuum. The problem was, Hallie just wanted a toy to call her own, but none of them were, so when she said a toy was hers Kinlie was there to defend what was rightfully hers. I’m hoping the next time we spend time with them there won’t be bad blood between these two. 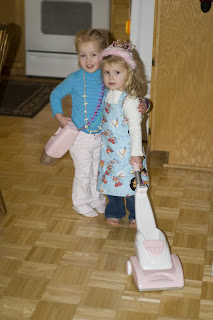 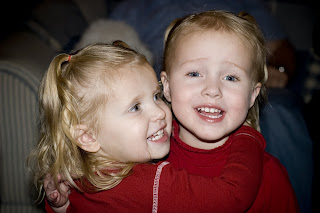