My favorite part of Christmas really came in the wee hours of the morning 12:15. My mom had gone to bed, my dad had fallen asleep in the living room and the rest of us had just finished our last preparations before going to bed. We were just getting situated in the living room to play a quick game of Catch phrase when we started talking, and figured we’d do that instead of playing a game. My dad woke up and was making his way upstairs when we walked by us, noticed us talking and took a seat next to us. We started asking him questions about Christmas’ he remembered as a kid. What traditions they had, what his parents were like during the holidays and my dad just talked. I loved it. I wish I could’ve had a recorder so I could capture his stories. It’s always fun to get insight into my parents lives when they were younger.

We were waken up at 7:30 the next morning, my sister-in-law had been up for a while and couldn’t take it anymore. So we got up and to our surprise, it was snowing and hard. Which worried all of us because we had flights that night. We did the stocking thing and opened presents. Steve gets a gold star this year, I’ve got to give him credit he is very creative. There’s no denying that I’m a shopper and if there’s something I really want I tend to buy it (awful habit, clearly a resolution for next year!) which doesn’t leave a whole lot for Steve to buy come Christmas/Birthday time. But Steve pulled through, he always does. I opened my gift and it was a travel itinerary…but it wasn’t an itinerary for me, it was for my good friend/roommate Stacey. So I was a little confused, I looked at the ticket longer and realized Steve had bought a ticket for her to come out and visit! It was the best, I am so excited. He had already called her, booked the ticket and had ideas of what we could do. She’ll fly out with her son who will be 8 months old and Steve is going to be our babysitter while we have a blast. I can’t wait…February 20th, I’ll keep you posted! Steve is seriously the best, I can’t believe some of the things he comes up with. After present we feasted on a scrumptious breakfast, including my cinnamon pull aparts which I make two times a year, Thanksgiving breakfast and Christmas breakfast. We spent Christmas cleaning up, packing, wondering how in the world we were going to fit everything (I did more shopping there than I realized.) and watching the weather, flights were already being canceled and delayed. We got to the airport in time for our flight of course it was delayed…then delayed some more. Luckily my parents were delayed too so we could spend some time with them. We ended up leaving the gate at 11:30 pm. As you can imagine, Hallie was a beast and had not slept at all. The poor people on our plane she cried for a good amount of time before falling into a light sleep. We arrived in Chicago at 3:00 am with another 2 hour drive home. My brother called two days later to let me know we were a part of history…That Christmas Denver received more snow than any previous Christmas. It was fun for Steve, coming from Arizona, this was his first official white Christmas. 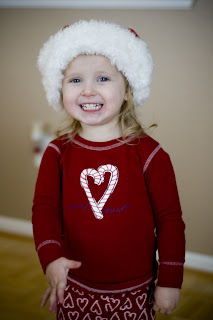 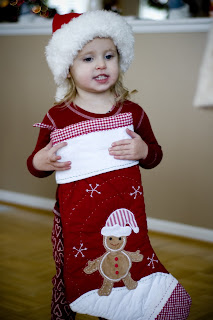 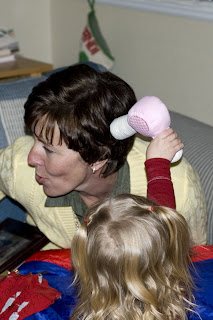 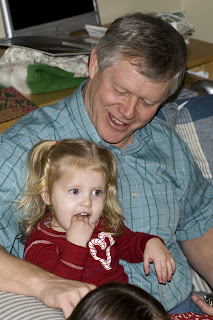 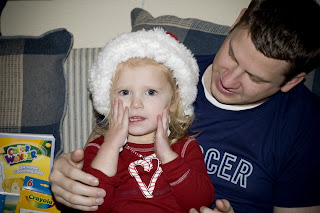 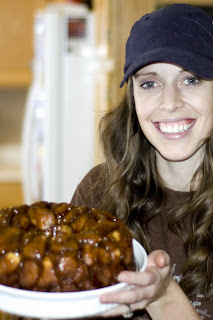 It was a great trip, I’m so grateful my brother and his wife Jandi (Jandi did most the work) opened their home to us and that my parents and brother and sister were able to make it as well. It was great, the only thing that would’ve made it better is if my older brother Derrick and his family could’ve been there as well. Thanks for the great time Jandi- We loved spending time with you guys!