Well, I think Steve and I have officially beat the odds…divorce rates are startling at over 50 percent and most divorces take place in the first three to four years. Yeah, we’re ahead of the game and who knows we might just make it to ten years! We’ll show them… I married Steve four years ago December 20, 2003. I don’t want to think how young I was, not that I’m probably any more mature now…It was the perfect day. Five days before Christmas, weather was beautiful. After an hour outside I did have to put on a cape. We didn’t have a reception that night. Just a family and close friends dinner at the JS building. I’m so grateful for Steve, he is everything to me and he continues to teach me things every day. We learn and grow together and that’s what makes life so fun for us. I would go back and do it again…of course to Steve that is! I knew it was right then and every day it is confirmed. We were in Denver on our anniversary, but we had already celebrated it two months earlier. Steve being the thoughtful one he is wanted to surprise me so he planned this super secret super elaborate day a while back and I couldn’t ask for anything more. It seems with Christmas and my birthday, our anniversary gets a little lost, so I’m glad he recognized that and planned accordingly. I love that man! 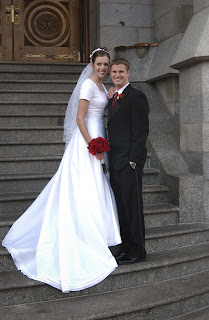 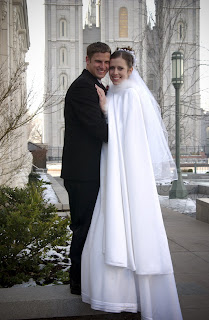