Merry Christmas to Me…

So my Christmas present finally arrived…two months late. Better late than ever! My present just happened to be my good friend/roommate Stacey Heaton. Steve being the crafty one he is, knows that I’m not truly in need of anything, another coat in the closet just wasn’t going to cut it for him this year for my Christmas present. So he started thinking outside the box just a bit and flew out my friend. I was giddy. There’s just something comforting of a truly familiar face that just makes me happy. The type that know everything about you, before you were married with kids and so mature…kind of mature…you get the point.

Anyway, so Stacey and her son flew out for a couple days and we had a blast. Hallie could not stay away from Jack for the first day, she thought he was the greatest thing in the world, but his novelty wore off more and more each day. By the end Hallie was putting Jack in timeout in the car while we were driving to church because he was crying, but in all fairness, she did give him a warning, and counted to three. Jack failed to comply which resulted in the timeout…it’s amazing what kids will pick up on! Jack was all smiles, usually a closed mouth grin which somewhat resembles my mom’s dad, and I couldn’t get enough of this little guy! 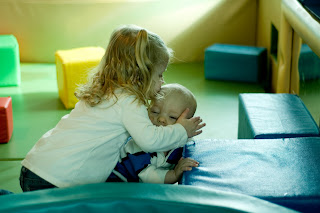 Like I said , the first day they were best friends, Hallie couldn’t get enough of kissing his cute little bald head! 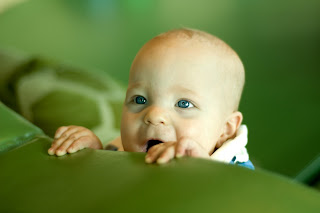 Jack playing a little peek-a-boo at the children’s museum. 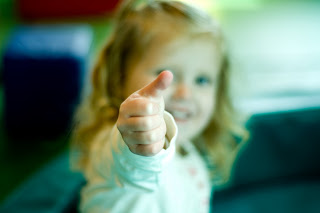 Hallie, always wanting me to look as she gives me a thumbs up! 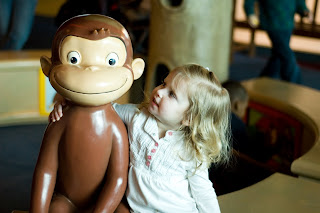 Sometimes I wonder what goes on inside that little head of hers…my guess is she loves monkeys and she’s scene curious george a handful of times, she probably looks at him and thinks, we’re friends, huh? 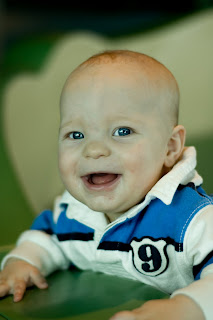 What’s not to love about that face?