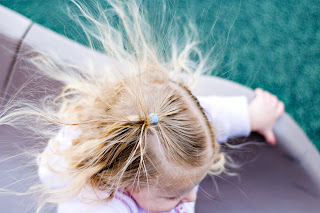 I can’t get over how funny static is. What is it on every slide that makes a little girls hair do this? What’s great is when I help her get off the slide I try and help her off and there’s a little shock between us. Hallie looks at me with a confused face, “No like that mommy.”

Speaking of static…I remember when I was younger, we had this old TV. Of course with several small children this TV had been used and abused. The remote was never to be found and eventually lost/broken all together, which meant we physically had to exert energy to change a channel. We just started watching TV closer, so as to not have to get up when changing channels. The funny thing is, there were probably only 20 channels all together. It wasn’t like today where you could literally sit and surf stations for hours and find something new all the time. No, with that few of channels there really wasn’t a whole lot to search for. Well of course time eventually wore down the buttons and soon the power button broke all together- it was pushed all the way through and fell in between the panels. So without a remote or a power button the TV seemed to be a lost cause.

That is, until one day it was discovered by somebody that if you walked around the carpet shuffling your feet you could build up enough static to walk over to the TV and touch the top of the box and shock the TV to life. No Joke. What was funny was the fact that sometimes it worked a lot better than others. I’m not sure if there was special static conducting socks that we wore at times without realizing it. But I just remember it taking a while, a couple laps around the living room and down the hall. (what was funny was touching that person right before they made it to the TV, just so they’d have to start over!!) What was even better was figuring out that by sticking a screwdriver in the whole and touching some magic button with the TV that too brought it to life. Looking back someone could have been seriously hurt, but that became our method of turning on the TV. What a different day and age we live in. The TV goes out for more than a day and we’re out buying a new one, do people even repair TVs anymore? 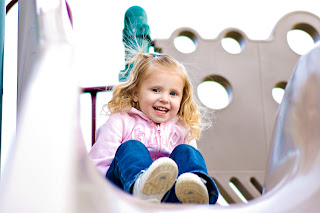