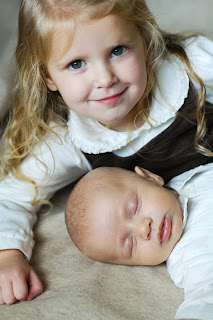 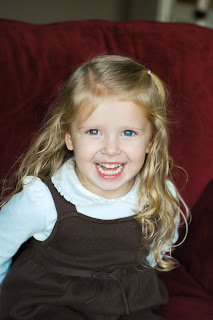 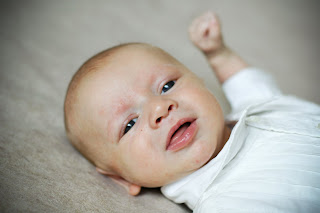 It’s been over a week since my last post and that’s so unlike me! I wish I could say that I’ve been off traveling to some foreign country, admiring the sites. Or perhaps working diligently on my home, organizing, cleaning, finishing the bathroom. But they would all be lies. I have no good excuse for my time off, just a little busy. Because of the holidays, everyone wants their family photo shoots, and of course the cards designed. So this week that’s what I’ve done. Which means, I don’t have any cool stories, quotes or anything fun. So boring. I did manage to pull out the camera this morning (afternoon church leaves plenty of dabbling time in the morning, so I pull out the camera, and ask Hallie for the one millionth time to smile, and beg Hunter not to cry again.) 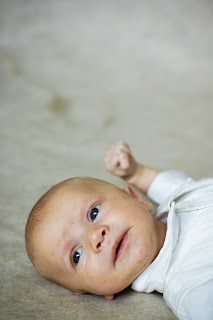 Hunter just had his two month appointment, shots and all. He’s doing well, a little on the whiny side, but we still love him. He’s very active, his arms are in a constant boxing match with his face, his arms always win. He squirms and wiggles constantly and he’s most content being held. (Aren’t they all?) His eye contact is excellent, his eyes follow me around the room which is a fun stage to enter. This also has it’s downsides because then they’re aware when you leave them. 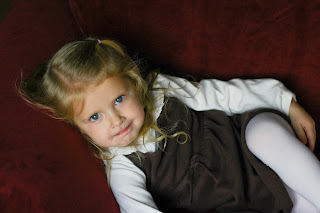 As for Hallie, well…we’re always reminding her to be softer with him. She’s always trying to pick him up, give him sandwich kisses, give him toys (which are far to heavy for him, always ending up on his head), but she tries really hard to be a good helper which I’m trying to remember. She loves him to pieces and you can see it as she sings him songs to try and soothe him. Only to get frustrated because he’s not listening to her songs. It’s fun, difficult at times, but also fun. 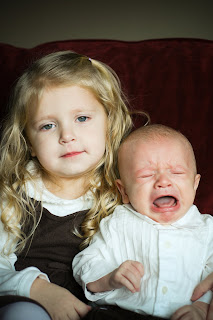 Hallie trying to be close to Hunter, and Hunter…just being himself.