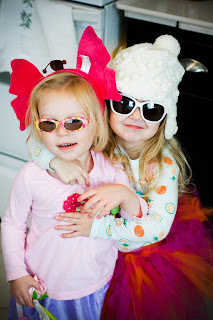 I got up with Hunter early this morning and I noticed the living room was unusually light for that time and when I looked outside I found a blanket of snow covering everything. Although we’ve seen snow already this season this was the first snowfall that stuck around for more than an hour or two. So Hallie and I stayed in our pajamas all day, some days are just better like that! Hallie had a friend over this morning, and they spent the whole time playing dress up. I had borrowed a tutu from a friend for a photoshoot, and Hallie found it in the bucket and put it on. Our conversation:

Kara: You should ask Santa for a tutu.
Hallie: I did. Probably like three times I did.

And she has asked several times for a tutu for Christmas. Santa is a moron if he doesn’t bring one for her. 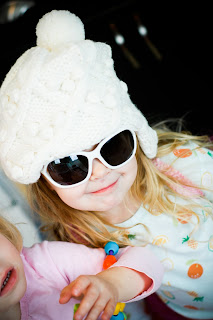 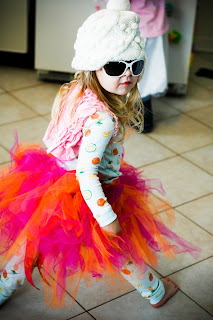