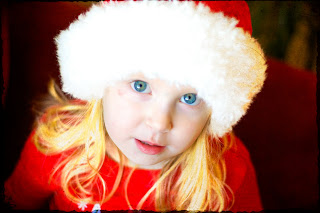 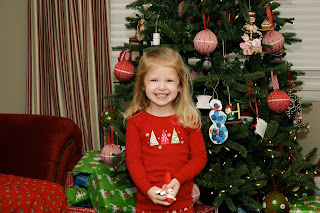 Merry Christmas! A little late, but it’s taken me longer to get all my pictures on the computer than I thought it would, and who can have a Christmas post without pictures! We started our morning at a decent time: 7am. Hallie is still young enough that she will sleep until she’s ready to get up, which was nice. We opened stockings which turned out to be successful. 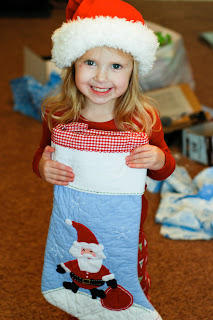 So successful that we made breakfast and talked to family before opening any presents. Hallie was content with the $.50 wooden doll that you color with markers. This kept her busy for a half hour. She even enlisted Steve’s help. 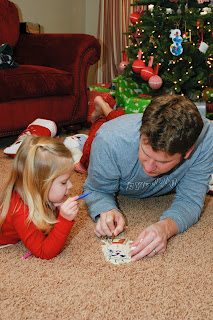 We opened a few presents; including the Wii and Hallie’s request from Santa, the tutu. 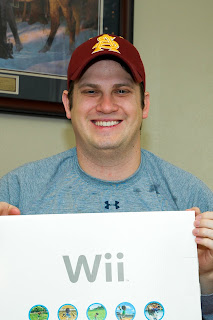 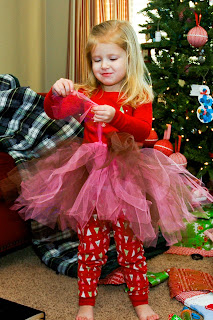 Hunter was awake for the majority of the day…go figure. Hallie was very helpful in opening his stocking – and the few presents he had. This no doubt will be the last quiet Christmas we get from him, because next year his little one year old mouth will probably be a jabberin’! 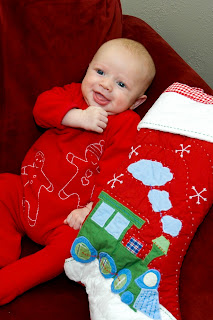 Hallie’s big gift this year was an easel, which she enjoyed using. She enjoyed even more the next morning when she found a marker that had been left out- yes, there is blue all over the white easel that I can’t see to get all the way off. What can you do, I’m sure that’s not the last time that thing will be drawn on. 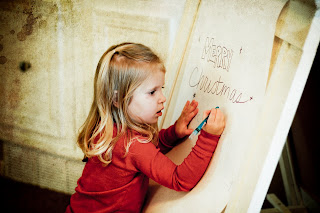 I got a fun Wacom tablet for graphic design..no pictures, but man is that thing cool. Props for Steve for even attempting to purchase it, I just love it.

We took a break in the afternoon. Hallie and I took naps while Steve hung out with Hunt-man. I woke up after a long nap refreshed and ready to take on the day. Steve on the other hand was coming down with a cold and didn’t feel so well. We headed over to Bob and Gins that night which was great. We love having family here, it’s so comforting. Steve by this point was heading south fast in the health department, so we opted out of a movie and putting Hallie to bed there and headed home early. The next day was not good to Steve, he was down for the count. Today he’s feeling great, however he’s passed it on to Hunter- who’s not doing so well now. Hopefully it will be quick in passing.

We both agreed our first Christmas on our own was very successful and enjoyable. It was so nice not to pack or ship gifts, to sleep in our own beds and the best part was never stepping foot in an airport! 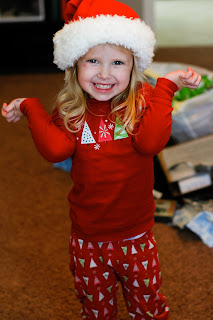