They grow up so quickly… 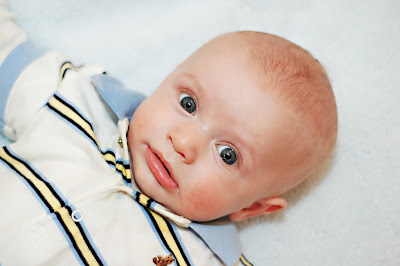 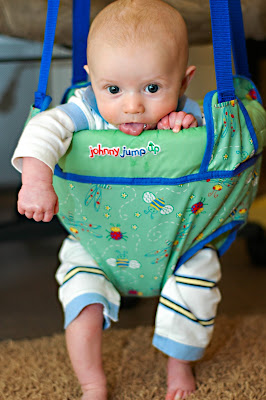 What the last month has entailed:

Fully grasped the concept of rolling over. He dislikes tummy time so much that he’ll always roll to his back. He’s very close to going the opposite way as well.

Loves the bumbo- he’s just small enough and squirmy enough we now have to watch him closely in the chair because he tends to try to get out of it.

Found out the hard way, he really, really doesn’t like Chinese food!

Watched his first Baby Einstein DVD- kept his attention for a short while.

Sleeps without being swaddled- hooray!

He’s an active sleeper. I’ve found him in all sorts of positions within his crib including both legs out of his pajamas and even an arm completely extended out of the neck of his pajamas. It couldn’t have been comfortable!

Loves something soft against his face to sleep

Experienced colder weather than most sane individuals: -35 going to church one day

His tongue is always out of his mouth

Still throws up- an awful lot, but doesn’t get the distance he once had

Refuses to sleep a whole lot. He does decent at night only wakes up two times but daytime is a whole other ball game. Yesterday he slept from 10:20am to 11 am. That was it. The whole day. If it only happened once I wouldn’t be concerned- however this is not an unusual occurrence. There’s been many a days where there is a 15 minute cat nap and that’s it. From 7:30am to 7:00pm. He just doesn’t like to sleep- figures he’s missing out on all the fun! Definitely something on the list to discuss with the pediatrician!!

And when he’s not sleeping, his stomach is full, his diaper is changed, when he’s not cold, not tired, or bored and when Hallie is not being abusive to him, he can be a happy/smiley baby. The trick is to find that 30 minute window every day!! 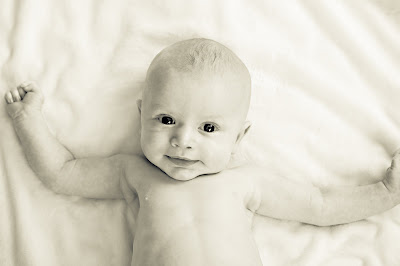 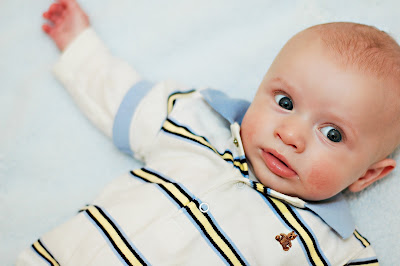 We love this little guy!