Valentine’s is such a fun holiday! We’ve been teaching Hallie that Valentine’s is a day of love. So of course her prayers have tripled in length because of all the people she loves, including, big baby, little baby, Mr. Monkey, and Polar bear. And if any of those are missed, we must say the prayer over!

The house is now decorated, hearts are hung, the mailboxes are out, red and pink candies a plenty, – and its a full blown love-fest! For Hallie’s preschool group and our babysitting group we made some iPod valentine’s. Hallie wouldn’t stop carrying hers around, and I had to repeatedly remind her that they weren’t real iPods, and the batteries weren’t dead. They were fun! 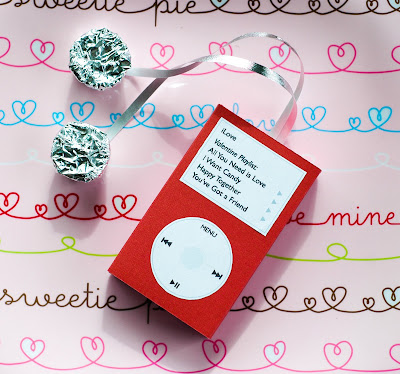 The other party we attended had a lot more people, the iPods would’ve been way too much work, so we opted for the traditional “Princess” valentines, of course with matching glitter tattoos! What was great about these was the amount of time Hallie spent spelling her name on all 20 valentines. Which is quite the accomplisment. Of course a few were missing letters and we need to work on the order of the letters- she’s three. There will be plenty of time to figure out the order! There were a few times she got frustrated because the letters ran together as she was writing, but the smile on her face and sense of accomplishment when she had finished was worth every frustration! After that much work, she was reluctant to hand them out! 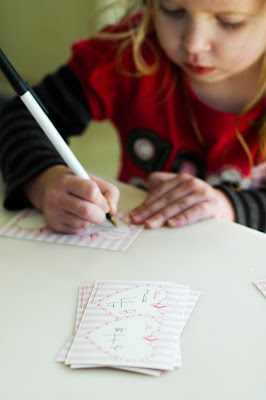 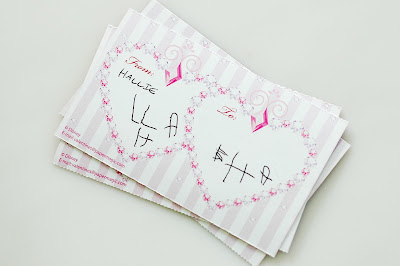 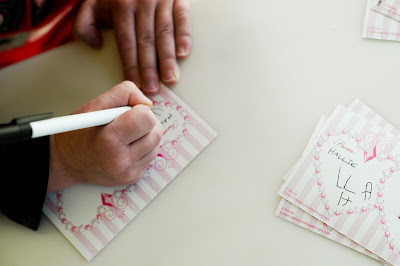