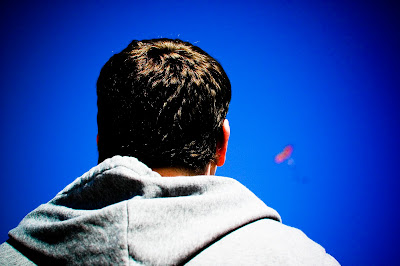 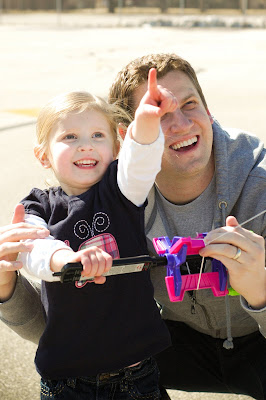 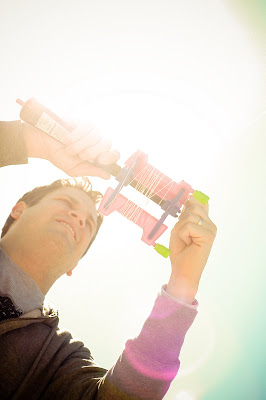 I was Costco with a friend recently when we saw a huge display of nice large (5 feet wide), nylon kites. I walked by it and then walked back and thought, “How cool would it be to have a good kite?” Random…possibly. I expected to get it home, Steve come across it, and as with most things, wonder why in the world I bought it.

I think kites are so cool. When I was younger, my family would often go to Boise for my brother’s soccer games. I can remember a couple times when there were some impressive kites flying around and I always thought they were so cool. Granted we didn’t live in a real windy area, so you wouldn’t get a whole lot of use out of them. Fast forward 15 years and I live in an ideal place for kites. It’s not extremely windy, but enough to keep a kite in the air. So I thought, if there is ever a time in my life where I will be kite owner, Wisconsin it is. So I bought it.

Much to my surprise, Steve didn’t say anything about it when he saw it in the living room that day. Which is almost worse, I just wanted him to argue the fact and get it over with, but he remained silent. Early Saturday morning we went to the temple in Chicago while a friend watched our kids and we were driving home at 10:30 that morning admiring what a beautiful, warm day it was, when Steve asked what I wanted to do that day. The first thing that flew out of my mouth was, “Lets go to the park and fly our kite.” Not what he was expecting to hear, but he agreed it might be fun. 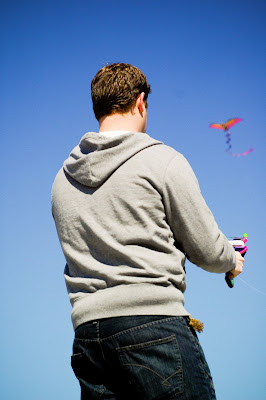 There was just a little wind, but we figured it would be enough. We walked to the school by our house. Within seconds, the kite is assembled, I threw it up in the air and Steve takes off running. Hallie is upset because she wanted to do it, kicking and screaming because she’s so tired. We’re trying to convince her that once we get it up she can have her turn. More crying and frustration. To add to it, Steve realized in his running that the field is really pure mud. 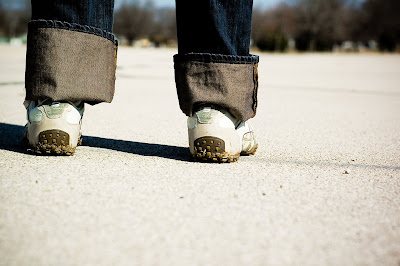 The ground, just thawing from the winter, was a mess. Still determined we kept trying. We gave Hallie and her friends a couple turns as we would just throw it up and they would hold the string until the kite hit the ground. Not quite the experience I had dreamed of with sweet birds whistling in the background. 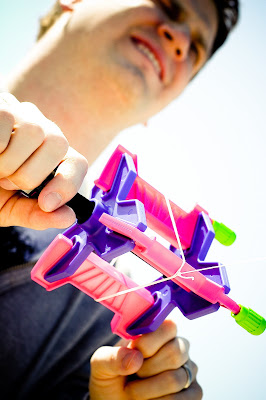 The kids were frustrated, so we opted for the playground instead. While the kids played, Steve I tried the kite again. We had plenty of pavement to run on without worrying about large mud holes. And our first try it was up and flying successfully. What a simple pleasure it was. Neither Steve nor I could remember the last time we flew a kite. Once it was up we asked the kids if they wanted to fly it and of course it was cool for 2 minutes, and then they were back off at the playground. Needless to say, it was much more enjoyable for Steve and I. I was amazed at how long we flew it. Steve was surprised at how much fun it was. Now we want to buy another, perhaps a two string kite, which allows for more manipulation. Watch out, we might just have a kite show at a park near you! 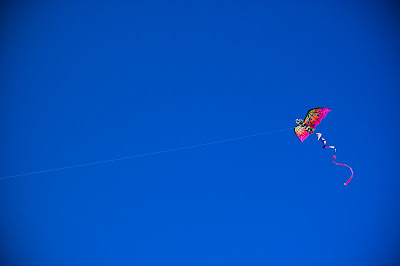