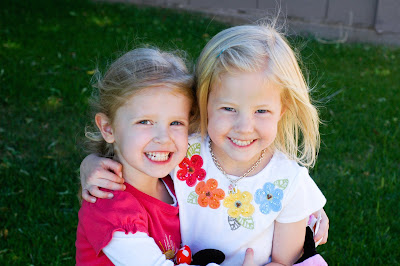 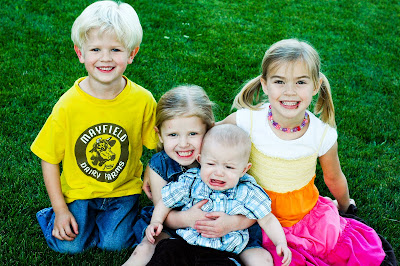 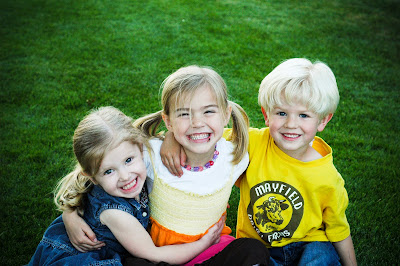 Living away from most of our family, Hallie hasn’t had a whole lot of interaction with her cousins on either side. We live close to three of them, but they’re so much older than her (in college now) that she doesn’t quite get that they’re her cousins. 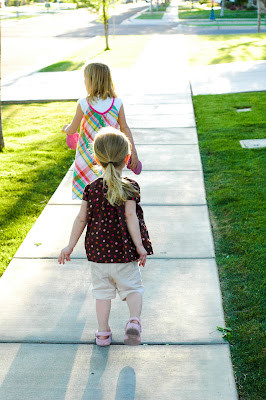 So you can imagine her delight when she could spend a week straight with her cousins in Arizona. The ones closest to her in age are a year older which seems like a lot at that age, but they were all so great and played well together. 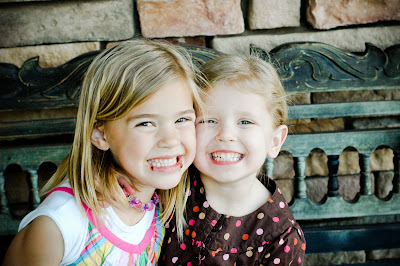 Some of Hallie’s favorites:
The trampolines. “Jumpolines” Each of her cousins has one, and I’ve been trying to convince him we should get one. I have received a resounding no from Steve. Something about the crazy things kids do on trampolines. I’m not sure if he thinks she’s going to be jumping off the roof on to the trampoline or what?! I’ve assured him she’ll have a hard time climbing on the roof for a couple years at least. Still, no. She loved to jump, I thought for sure seeing how much she used them this trip it would be a go…looks like I need to work on him a little more!

Running around outside without her shoes on. She was in heaven! That is of course until she stubbed her big toe which we’re still hearing about! 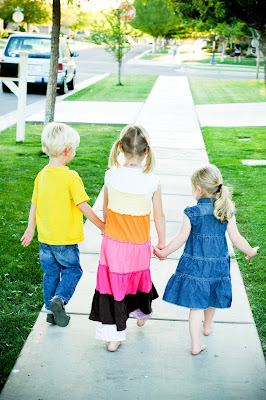 Sliding down the stairs at Dave and Shawni’s in the sleeping bags. Who knew such a simple task would cause such laughs and squeals! Luckily we don’t have a single sleeping bag in our home, so the task cannot be duplicated here! 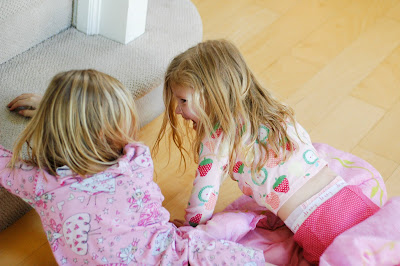 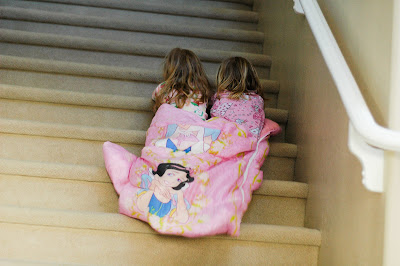 Sleeping with her cousins. However, I’m not sure her cousins felt the same way! The last night we were there I had to go into the girls room multiple times to get them to settle down. The last time I walked in I noticed both of her cousins laying down the playroom. Claire was in tears. I thought for sure Hallie had been rough with her. So I asked her what happened. Her exact words, “Hallie won’t stop talking and I’m really tired, I just want to go to bed!” That’s Hallie for you. Our little night owl who goes to bed early, but talks and sings for an hour or two.

Being surrounded by her “friends” for a whole week. Much to her delight, she woke with her cousins, played and played all day, and went to sleep (kind of) with her cousins. The older she gets, and the more she gets attached to her cousins, the harder it is to leave!