Valley of the sun… 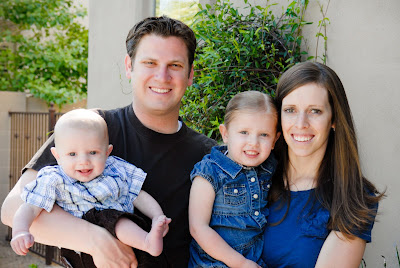 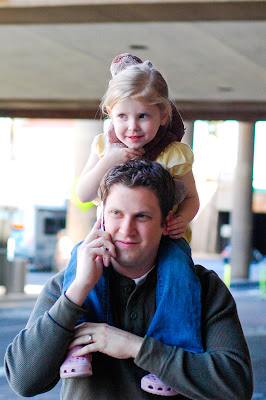 We’re back from Arizona and boy was it a good time. We haven’t been to AZ in a couple of years, and we chose the best time to go. Warm enough we could wear shorts and capris but not too warm. It was glorious! The sun is really starting to speak to me, I considered not coming home at all, but I knew my flower gardens would get lonely…

Our original plan was to stay a couple nights at each of his sibling’s house and also one of our friends….after our first move, I decided that was not going to be an option, I’m not sure why either of us thought this would be a good idea. We ended up staying one night with Steve’s sister and the rest of our time was with his brother Dave, Shawni, and their family. We’ve never had the opportunity to stay with either of these siblings before and it was so nice to get to know each of them on a more personal level. Steve comes from a large family and its hard to really form relationships/friendships with all of his siblings, but I think this trip really helped, at least for me. It made me start t

We had a great time, and here are just a few of the highlights:

The first night in town we attended the Easter Pageant at the Mesa Temple. Steve has been talking this pageant up since the day I met him, and it did not disappoint. We had some great seats, the weather was mild and we were able to enjoy it with a lot of family. As per my personal request, we went to a small local frozen yogurt shop I fell in love with when we lived there. It did not disappoint! 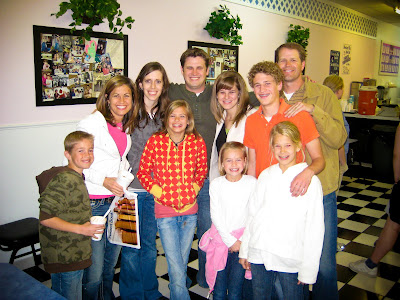 Next on our agenda was swimming. Yes, I realize it’s only the beginning of April, but one of Steve’s high school friends has access to her parents *heated* pool which was perfect for Hallie. I mocked the idea of a heated pool in Arizona. I will mock no more. It was wonderful. Hallie was in heaven splashing around while I sat with Hunter. This is the day I started to see the Arizona way- and it was good! Thanks Amy for letting us hang out at your weekly Wednesday morning pool party. 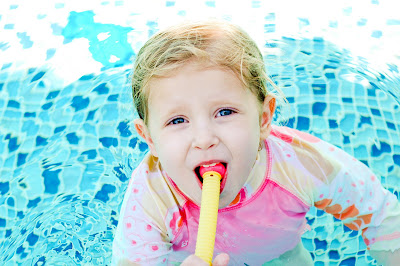 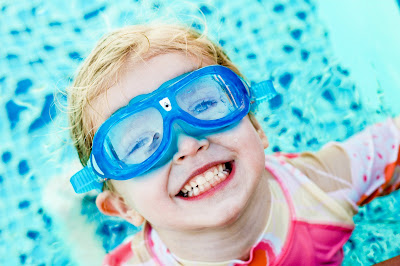 We went out to dinner with Steve’s friends from high school. Sadly no pictures, but it was great to catch up with everyone, and the food was delectable. It’s amazing how close Steve is with so many of his HS friends, especially when we don’t make it back very often. It’s always good times to see everyone, their spouses and families.

We attended a Cubs spring training game. It sounded good/fun in theory. Steve had already been to a game the day before with a friend and loved it. So we gather up all the families and lather up with sunscreen and set out to watch the Cubbies. It was a little warmer than we had expected. Although our kids (well, really only Hallie) loved the sun, we’re not used to this much sun, and it become somewhat draining for the kids. There were tantrums and tears, and fighting, and complaining. I finally had to head out early because we were passed the point of enjoying the moment! 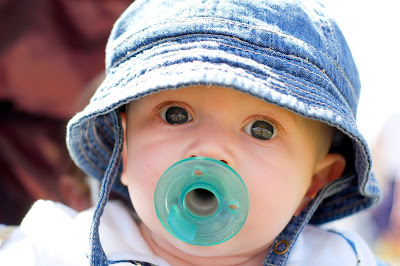 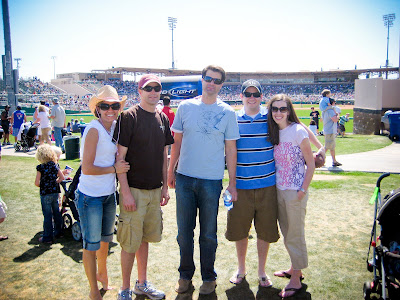 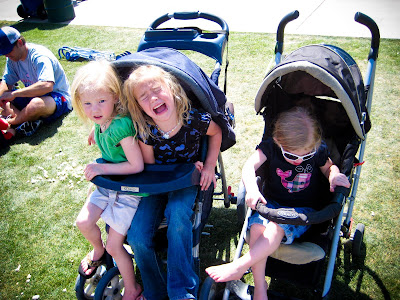 We celebrated my SIL Angela’s birthday while we were there which was fun to be a part of. We had an adult dinner, which as a parent of young children, is always a treat. Great conversation, more good food.

My SIL Shawni had a book signing at Deseret Book while we were there for her book on motherhood which I was so excited to be a part of. I loved going to the store, taking her book off the shelf, and walking over to her sitting at her table and have her sign my copy. Of course we were staying at her house so I could’ve had her sign it any time, but for some reason it meant more, knowing I was having it signed at her first book signing. What an accomplishment! I’m so excited for her. We were able to go out to dinner with her and her husband after her signing which was fun. More good food, more great conversation. That seemed to be the theme of our trip. 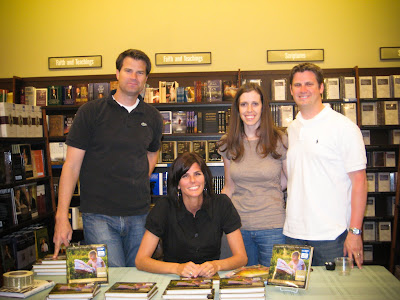 We were also able to see our good friends the Lundgrens who used to live next door to us in Milwaukee, before the betrayed us for beautiful weather and a new, larger home. Some friends!! It was so good to catch up with them. We did so much with them when they lived here and it was hard to watch them go. But it’s good to know they’re in a location we will frequent on occasion!

There were some not so fun parts of the trip:
The sun is quite draining. Something our children are not accustomed to. We had more tantrums this trip than any other time I can remember.

The sleeping schedule of our chidren never adjusted to the new timezone. So although they were going to bed much later than normal. They were waking up the same time they would at home, but it was two hours earlier in AZ. This was not good. I felt as though the majority of the trip I was just exhausted.

Hallie crying in the backseat as we drove away from Dave and Shawni’s house to go the airport. She was convinced that her cousin Claire was going to come to our house tomorrow. I gently broke the news to her that we wouldn’t see Claire for a while. I turn around to see large tears rolling down her cheeks. “I don’t want to go home, and I want to stay here with my friends.” It broke my heart. This is the first time upon our departure that Hallie has somewhat understood the concept of “leaving and not coming back for a while” and she was not happy about it.

The flight home was without Steve because he flew on to LA for work. So I made the 3.5 hour direct flight back home. It was my first time flying by myself with two children…it was the worst experience I’ve ever had traveling. Not because my children were bad because they were great, it was the all the insensitive people/security/flight attendents I had to deal with along the way. It’s difficult to go through security when the wait is far longer than you ever imagined, you have to take the child out the carseat, fold down the stroller, manage the toddler running around, push everything threw the scanner without one person giving you help. When I asked the security person for help she kindly told me she couldn’t help me for security reasons…granted, there were older people and wheelchaired people being helped left and right. Correct me if I’m wrong, but I was traveling with two small children by myself, that’s definitely a handicap in my book. The list could go on and on- barely making the flight because of the security issues, starving children, rude flight attendents, old man falling asleep on my shoulder as I’m trying to manage an infant. To top things off, as I was leaving the plane (the absolute last person on the flight) trying to corral Hallie along, holding a car seat and Hunter without any help, I trip over Hallie’s bag that got caught on the corner edge as she left the plane. I fall forward, dropping Hunter at the feet of three flight attendents, and two pilots. Just standing there, watching me struggle. They were clearly annoyed I had dropped my child, as if I planned it. The only help at that point was a rude lady who picked up my child off the floor and refused to give him back to me until I had things “under control”. It was bad. Really bad. I was furious. Such a great trip, such an awful flight. No joke, I’m considering the 28 hour drive home to Idaho in October, really considering.

As bad as the flight home was, I was so glad we were able to go to Arizona. Such a treat, especially in the spring!