Another major highlight of our trip was visiting Machu Picchu. We arranged to stay at the little town at the base of Machu Picchu (Aguas Calientes) the night before which proved to be our golden ticket. You see, there is a large mountain that guests can climb within Machu Picchu, but you have to have a permit and they only give out 400 permits a day. So we woke up early (4:30am) and went and stood in line to take the bus up to the base of the mountain. Buses started to depart at 5:30.

We were on the 9th bus of the morning (clearly a whole lot of people had the same idea as us to get up early to ensure they get a chance to climb the mountain!) Once we got off the bus at the base we then had to stand in a really long line to get in. Finally we get to the spot where they were handing out the tickets and we got numbers #324 and #325 which was only made possible because we stayed the night in Aguas.
Most other tourists don’t stay there, instead they take the early morning train which drops them off at 7:30 in Aguas and then they hop on the bus for a half hour to take them all the way to the base, arriving at the base at 8am. By then the tickets were long gone. Boy were we
pumped to have the tickets. As soon as we entered the park we made our way to the entrance of the hike (Wayna Picchu). In short it was the hardest hike I’ve ever done (including all that I’ve done in Zion, Bryce and the Grand Canyon) but it also had the biggest reward. There’s a sign before entering the hike saying you need to be physically fit to complete it. They weren’t kidding. It was hard. It started out easy but quickly turned to stone staircase which just kept getting steeper and steeper. Until it looked like this: 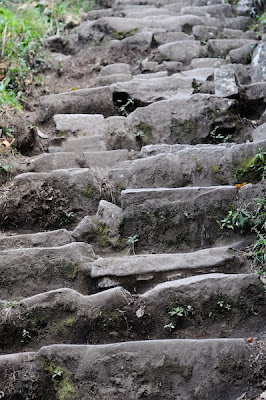 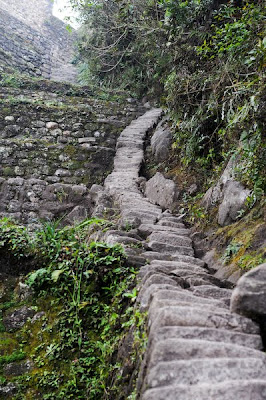 We would walk just a couple stairs and then stop to rest as we completed switchback after switchback. At the time I had no clue we were actually climbing to the top. The very top. But the stairs kept taking us higher and higher so we climbed until we reached the very tip top of the mountain, complete with a couple large boulders that looked like this: 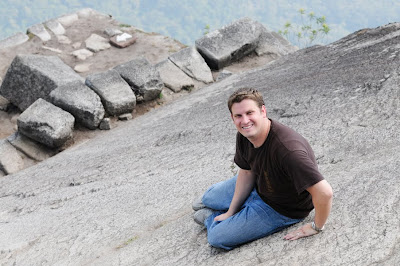 And finally when we reached the top there was this sense of exhaustion and accomplishment. It felt really good. 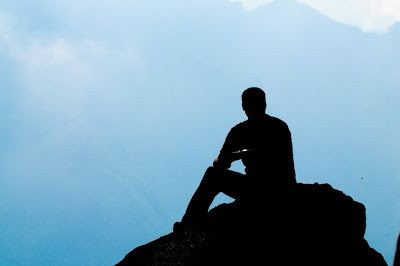 And we were able to just sit and enjoy ourselves as we looked down on a city created centuries ago, with such precision. 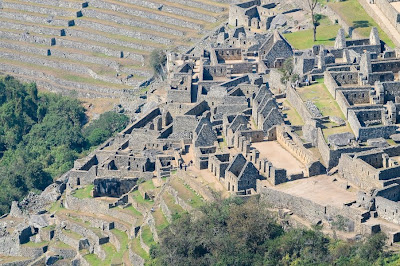 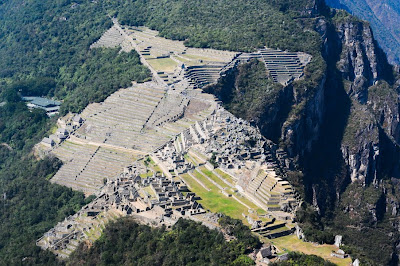 Unfortunately for us, there had been a fire the day before which left this haze over the valley. In fact we both found ash on our shoulders, and continued to see ash fall the whole day we were there. So at first we couldn’t see the city below us at all. We stayed up at the top for over an hour and by the time we started to hike back down it had cleared enough to take some pictures, but still a little hazy. 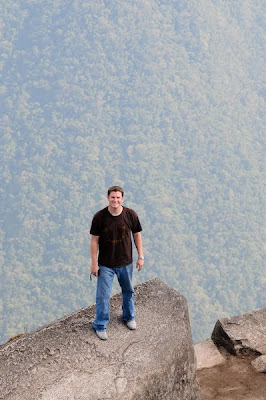 There were also the remains of a city at the peak of this mountain. We were able to spend some time exploring the area without a whole crowd of tourists which was really nice. 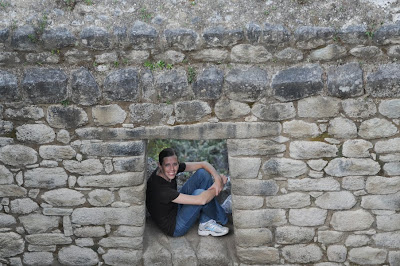 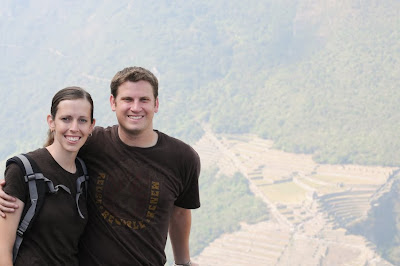 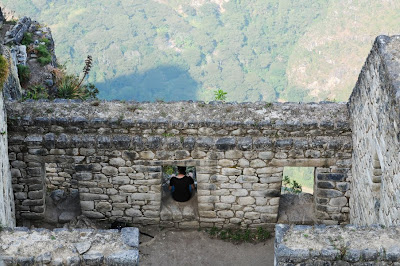 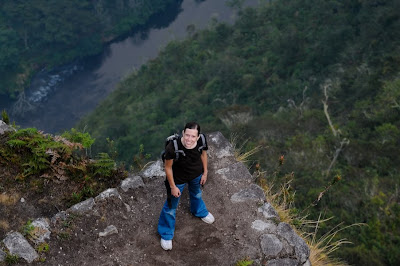 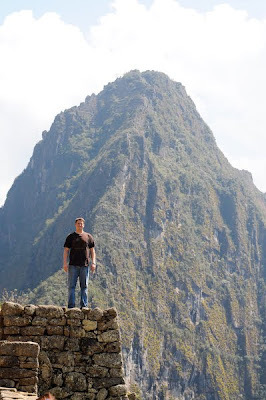 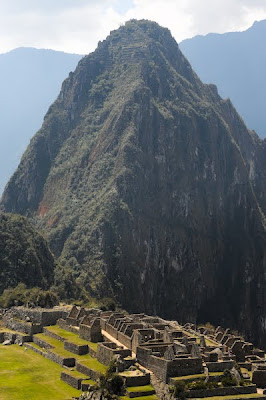 The mountain in the back ground is the Wayna Picchu. What’s interesting is you can’t really see any of the stairs or the city at the top of this mountain because it’s so high. It just looks like any other mountain. 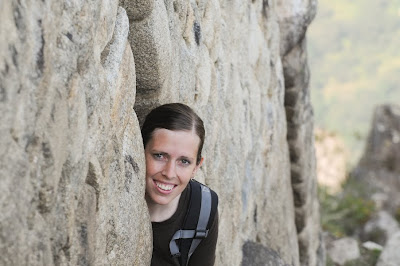 After our hike we walked around the city quite a bit, went on a tour and really just enjoyed our time. This was the last day before we flew home so it definitely was the climax of our trip. It was everything I had envisioned and more. The hike, although my legs were jello, was amazing. Totally made the trip. Hopefully one day we’ll be able to take our children. Everyone should see it. Truly a work of art. 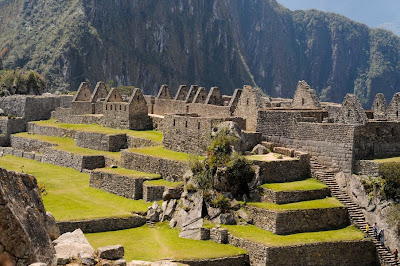