We had a little “staycation” with several members of Steve’s family at the Arizona Grand over Labor Day weekend.

The Grand is essentially hotel suites with a water park and some golfing. (At least that’s what it is to me, I’m sure there’s plenty more to it if you want!) We bought a discount deal with his family back in April and we finally found a date where everyone could go, so we cashed in!

We had a great time, but at the end of the stay, Steve and I agreed in our stage of life, outings like this are tough. We were only a half hour from home which was great, but taking the kids out of their environments and beds can take a toll, especially on Bennett. That poor kid was exhausted, and more than anything at the end of the first night I wanted to run home and put him in his own bed.

Steve and I keep kidding ourselves that “this time” will be different. Let’s be clear…it was no different. Bennett struggled the whole night. We thought we were really good by going to bed at a decent hour. As we drifted off to sleep, we hear the little cry. Steve took the first shift. I took the second shift. It was a really long night. And of course Hallie and Hunter were up bright and early. It was rough. As we talked with everyone else, they all spoke of uneventful and uninterrupted sleep.

How dreamy it all sounded.

But the reality is, we’ve got three young children and as much as everyone keeps telling us they grow up quickly, they’re still young! Lucky for us, we were surrounded by amazing family members who made the staycation worth it. They lovingly looked after one kid or another while Steve and I attended to the other two’s needs. They’re great. (we never took a large group picture, but here are a few of the ladies from the group!)

They’re family, but we also classify them as friends. We sure lucked out! Our kids were in heaven surrounded by all these cousins. (once again, not all of them, but as many as were standing near us at that time!!)

The weather was nice and toasty and the water was the perfect refresher. Hunter and Hallie loved the lazy river. Steve got a kick out of the crazy big slide…I even went down the slide, it was pretty intense. It was absolutely exhausting, and it was evident by our kids attitudes. We had officially wore them out. We were all worn out. As hard and exhausting as it was…it was totally worth it! 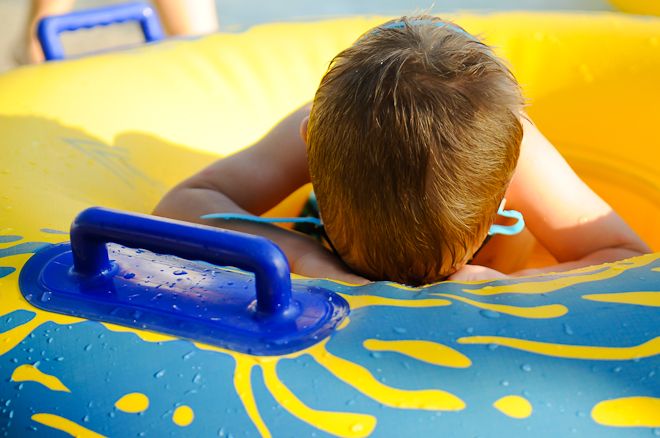