Hallie was so disappointed last year when her class made “boring paper sacks” to collect their Valentines. I assumed fancy boxes were no longer in her future. Too old for something so cutesy. 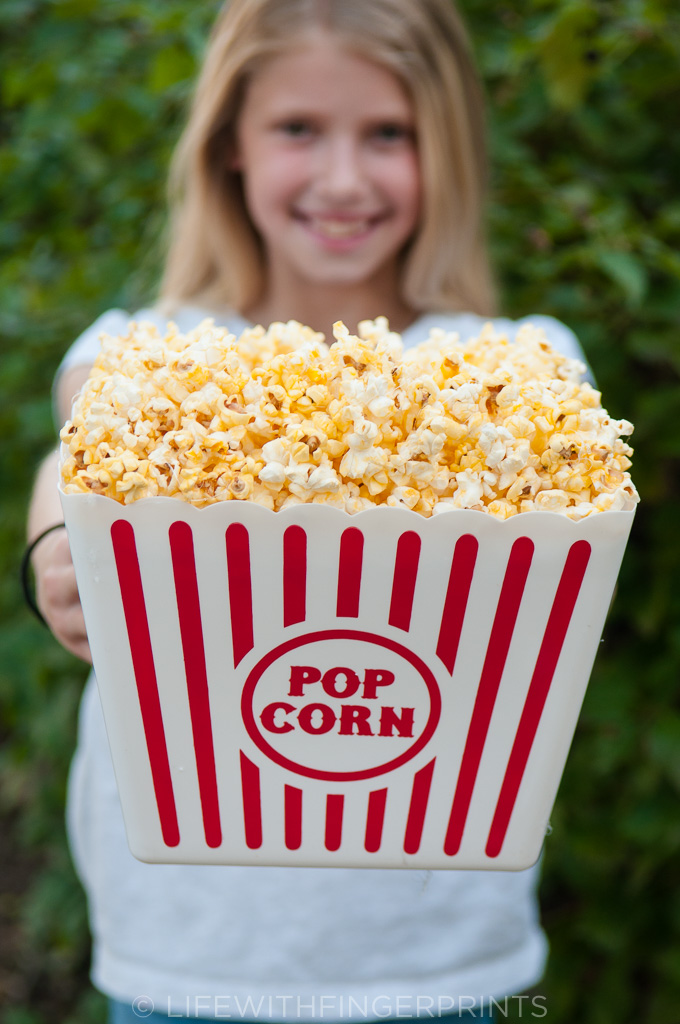 She came home Monday this week excited as could be saying she was supposed to make a box. Really? 4 days notice? She has such grand ideas (it’s hard to live up to the gumball machine of 2nd grade!) and I knew we were short on time. I presented a couple ideas that would require little effort on my part and she jumped on the first idea; a bucket of popcorn.

I asked Steve to stop by a local movie theater on his way home from work and pick up an empty popcorn bucket. Much to our surprise, they don’t sell buckets of popcorn – only paper bags. But the cashier let him know that the dollar store by her house sells a popcorn bucket.

This morning I found myself at that store making a purchase. When Hallie got home from school, she popped some microwave popcorn and I cut out a styrofoam top with a hole to put Valentine’s through. 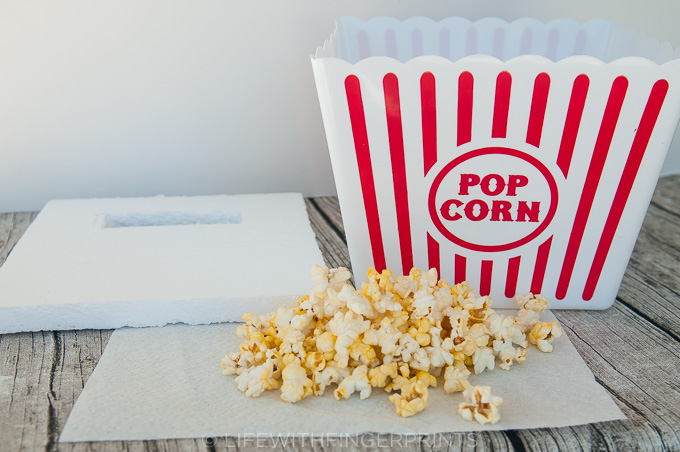 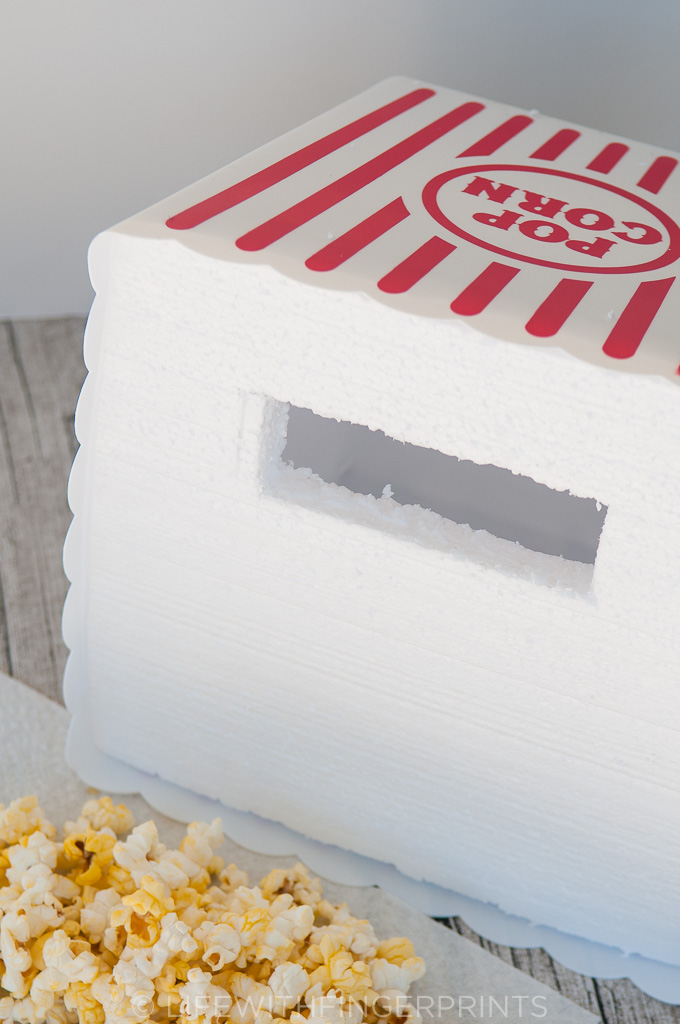 Then the boring process of attaching the popcorn. I ran the hot glue gun and Hallie carefully placed popcorn on one piece at a time. Although it seemed like an eternity, it took less than an hour before the entire bag of popcorn was glued on top of the bucket. And Hallie declared it as awesome. She then stated we should’ve done an icee cup to go with it. That girl has high standards – Steve is always reminding me the apple didn’t fall far from the tree. 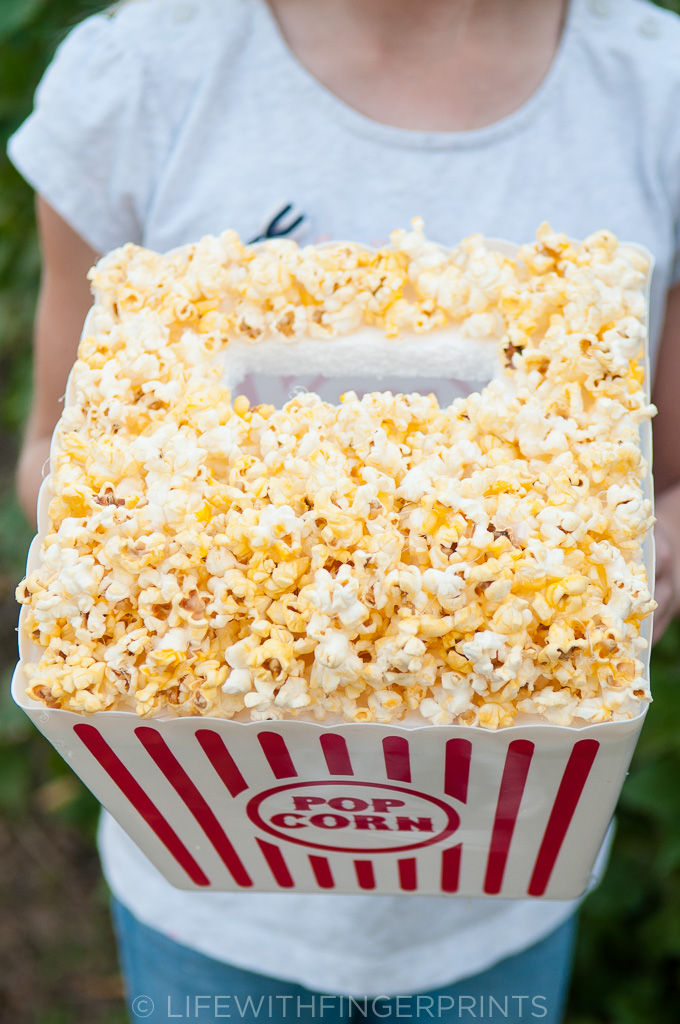 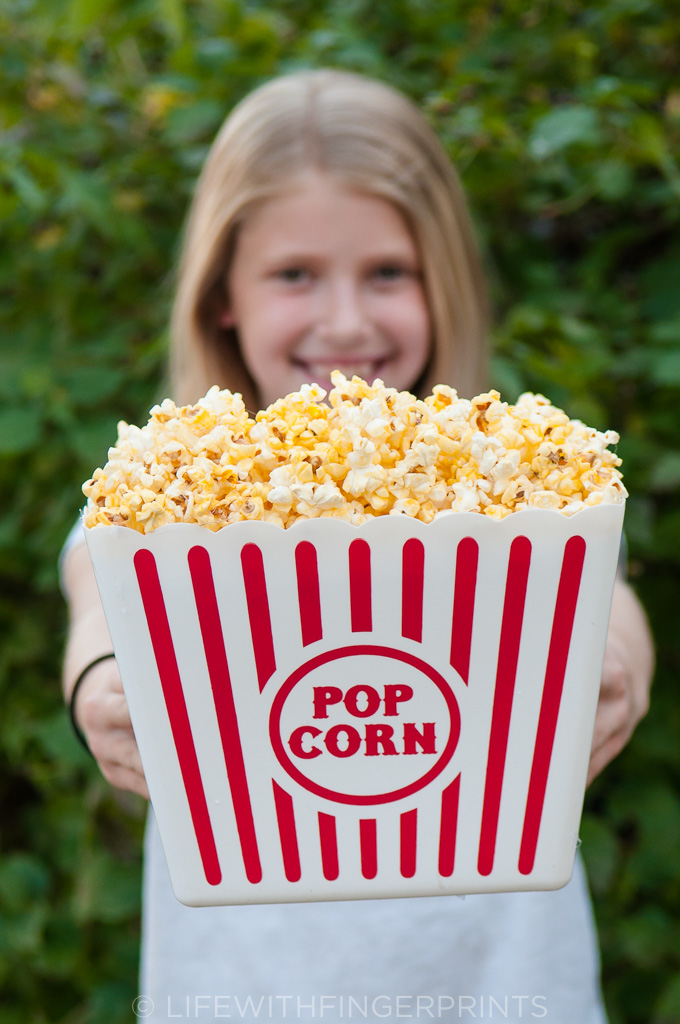